MicroStrategy has 129,218 Bitcoins in its coffers. As a result of Bitcoin’s price decline, there are increased concerns that the company may have to liquidate or pledge as collateral a significant portion of its Bitcoin reserves.

Microstrategy’s chief executive officer, Michael Saylor, stated on Tuesday that the company does not anticipate receiving a margin call and has ample collateral should they be required to post more.

The following day, however, rumors began to circulate that his company may soon have to liquidate its bitcoin to fulfill a margin call on its $205 million bitcoin-backed loan from Silvergate Capital.

Microstrategy CEO Says Rumor ‘Much About Nothing’

Saylor stated on CNBC’s “Squawk on the Street” on Wednesday that the margin call issue is unwarranted. “The margin call thing is much ado about nothing,” he said,  dismissing it as “clearly incorrect” that MicroStrategy may sell some of its Bitcoin.

A margin call occurs when an investor must commit additional funds or sell the loan’s collateral to prevent incurring losses on a trade done using borrowed funds. 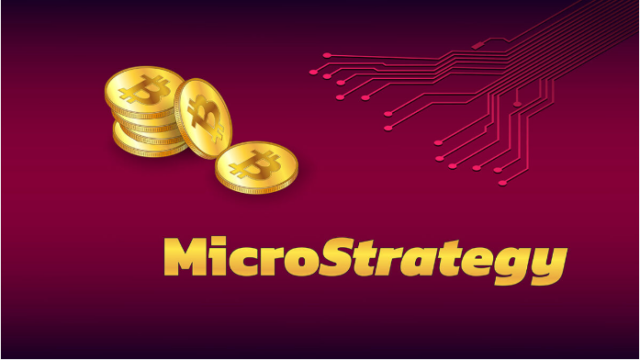 In March, MicroStrategy borrowed $205 million from crypto bank Silvergate Capital, with the majority of the collateral for the three-year loan consisting of 19,468 bitcoins. The proceeds were utilized to purchase additional bitcoins.

Saylor Says They Will Continue To Hodl

When Microstrategy implemented a “Bitcoin Strategy”, it stated that it anticipated volatility and designed its balance sheet such that it could continue to “hodl” through periods of turmoil.

The software company will not be required to liquidate any of its bitcoin holdings, according to Mark Palmer, head of digital asset analysis at BTIG.

The downturn on the cryptocurrency market, which began in April, spilled over the weekend, losing 14 percent of its value over the past 24 hours. The value of popular cryptocurrencies Bitcoin and Ether has plummeted by 16% and 24%, respectively, since Friday.

In a livestream last month, MicroStrategy president Phong Le disclosed that a margin call or demand for additional cash would be triggered should the price of bitcoins fall below $21,000.

Confidence Level: ‘We Have A Fortress Balance Sheet’

Saylor confirmed in a May 10 tweet that Microstrategy must retain $410 million “as security for this loan,” adding that the company’s bitcoin-backed credit was “10 times overcollateralized.”

MicroStrategy is the largest independent business intelligence software company listed on the NASDAQ in the United States.

It began investing in cryptocurrencies as treasury reserve assets in August of 2020, citing a depreciating US dollar and global macroeconomic woes.

Saylor remarked, “We feel as though we have a fortress balance sheet… we are comfortable and the margin load is effectively controlled.”

Bitcoin Will Reinspire The Pursuit Of Beauty

The Sony PlayStation 5 Game Console Mining Ethereum with almost 100 MH/s is Not...