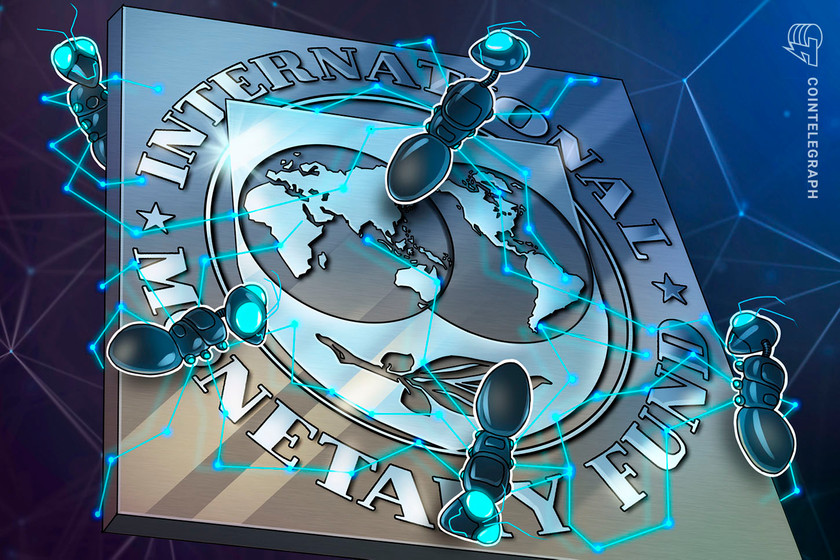 Investors are warning of further volatility in the digital asset markets as the International Monetary Fund (IMF) forecasts a slowdown in global economic growth.

The IMF’s July update on the World Economic Outlook titled “Gloomy and More Uncertain” points to “higher-than-expected inflation,” and a contraction of global output as indicators of incoming poor economic growth. The report states in succinct terms that there are likely economic slowdowns ahead.

“The risks to the outlook are overwhelmingly tilted to the downside.”

Macro factors have been linked to the crypto bear market, prompting crypto analyst Miles Deutscher to warn his 154,000 Twitter followers to expect volatility in the markets.

He noted the incoming earnings reports from Microsoft, Google, Apple, and Meta along with the gross domestic product (GDP) numbers from the U.S. could create further turbulence.

It’s going to be a massive week for the markets.

Crypto investors are also bracing for a rise in interest rates in the United States this week.  Bloomberg reported on July 26 that the Fed is expected to raise rates by as much as 75 basis points, or 0.75%, up to 2.25% in an attempt to tighten its monetary policy and stump inflation.

There are also industry observers who expect the U.S. to be officially in recession when the Q2 GDP figures for the country are published on July 28. Investopedia defines a recession as two consecutive quarters of negative GDP growth.

White House already getting in front of what must be bad data saying it is time to change the definition! LOL!

International Monetary Fund (IMF) released its July 2022 World Economic Outlook, forecasting significant slowdown in global growth which should average 3.2% this year and 2.9% in 2023.

This + tomorrow’s FOMC meeting could explain why #BTC dipped below $21,000

Cointelegraph quoted the Material Indicators Twitter account on July 25 in reporting that there is “no guarantee that any support holds” after the GDP and interest rate numbers are announced. It added that there may be several days of volatility, echoing Deutscher’s observations.

Elizabeth Gail wrote in Cointelegraph on July 26 that Bitcoin markets were likely to recover when the uncertainty about the current state of the economy and geopolitical tensions are resolved. However, there is no telling how long that will take.

While the economic outlook looks gloomy, the IMF pointed out that the sell-offs in crypto since May due to liquidations, bankruptcies, and losses at major firms like Celsius, Three Arrows Capital, and Voyager Digital Holdings have had little impact on other financial systems.

This suggests that as the broader financial systems can have a massive effect on crypto, the same cannot be said the other way around.

“Crypto assets have experienced a dramatic sell-off that has led to large losses in crypto investment vehicles and caused the failure of algorithmic stablecoins and crypto hedge funds, but spillovers to the broader financial system have been limited so far.”

As of the time of writing, the total crypto market cap is sitting just barely over $1 trillion according to the TCAP Index.

Disappointing earnings reports and GDP numbers this week could spoil these levels as Cointelegraph reported on July 25 that investors are already starting to seek shelter in fiat in preparation for the worst.

Bitcoin, Ether, Cardano, Solana Bull Rally In Second Half Of 2022 Is ‘Unquestionable’, Says...