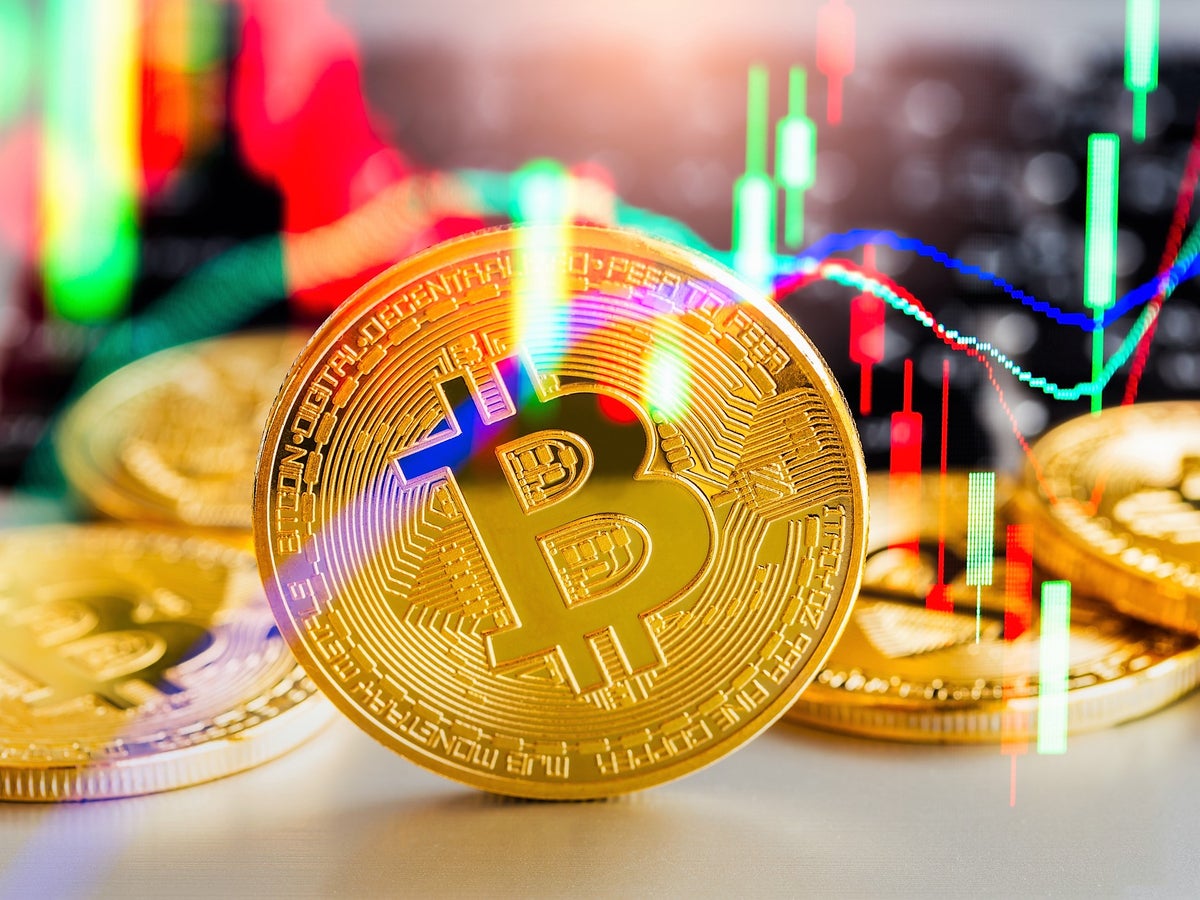 Bitcoin has seen a slight price rise on Thursday after dropping to its lowest level since 2020 this week.

Some cryptocurrency analysts have speculated that Wednesday’s low may be the bottom of the cycle, as it bounced off its four-year moving average, however others warn that more volatility may be on the way.

BTC remains more than 70 per cent down from its all-time high, which it reached in November 2021, though previous major downturns following then-record highs in 2013 and 2017 resulted in corrections of more than 80 per cent.

The overall crypto market is still below $1 trillion, following heavy price falls for other leading cryptocurrencies like Ethereum (ETH), Cardano (ADA) and Solana (SOL) over the last week.

Major platforms including Celsius and Binance have experienced operational issues this week, which they blamed on an influx of investors liquidating their assets.

Crypto exchange Coinbase has also announced that it is culling over 1,000 employees after previously rescinding job offers, however Binance has announced it is hiring 2,000 more staff.

In the middle of all the market chaos, payments firm Circle has launched a new stablecoin that will be pegged to the euro.

“Circle has set industry-leading standards for moving financial value across the internet with USDC,” said Jeremy Allaire, co-founder and CEO of Circle.

“There is clear market demand for a digital currency denominated in euros, the world’s second most traded currency after the U.S. dollar. With USDC and Euro Coin, Circle is helping to unlock a new era of fast, inexpensive, secure and interoperable value exchange worldwide.”

Euro Coin will be available from 30 June.

CoinMarketCap has released its latest analysis into the bitcoin price crash, which saw it plunge to yearly lows on Wednesday.

The leading price index, which is owned by the crypto exchange Binance, looks at metrics like trading volume, momentum, and the cryptocurrency’s correlation to traditional stock markets like Nasdaq 100.

One interesting trend is that large-scale holders, known as whales, appear to have been accumulating bitcoin throughout this downturn.

“There is a positive netflow of 71.95k BTC which signals accumulation from large players,” the analysis notes.

“These are the group of holders that usually represent the true believers in the technology and the ones that will be willing to hold the ups and downs of the token. Since they are in it for the vision of the project, they will take greater risks.”

Bitcoin is ‘antidote to chaos’

MicroStrategy CEO Michael Saylor, whose bold bitcoin strategy has placed the software firm in the firing line of crypto critics, has once again asseted his conviction in the cryptocurrency.

“Bitcoin is the antidote to chaos,” he tweets.

You can read more about MicroStrategy’s bitcoin gamble here.

More analysis of market indicators suggest – but don’t necessarily mean – that bitcoin may be close to the bottom of this price cycle.

Kevin Svenson has revisited a relative strength index (RSI) analysis he made in April, noting that the latest price crash means the target set has been reached.

“Does this mean the bottom is in?” he wrote on Twitter. “Not necessarily. But it means we are close.”

A day after announcing 2,000 new job openings at Binance, the boss of the cryptocurrency exchange has offered more thoughts on the latest bitcoin price crash.

Changpeng Zhao (CZ) has been doing the rounds of US news networks, appearing on CNBC, Bloomberg and others to explain the impact the downturn has had.

“While lots of projects and exchanges are going to struggle through the bear market, many will come back stronger than before. Those that fail honestly, will start new projects and bring critical learnings from this experience. This is how an industry grow,” he said.

“Even though we have the benefit of experience from previous cycles, we are not immune to this cycle either. We will be doing some deep self-inflection to better prepare for the next bull market.”

Popular crypto market analyst Lark Davis has noted that cryptocurrency exchanges are currently experiencing their largest inflows since 2018, when the market was bottoming out following the 2017 price peak.

Bitcoin price ‘yet to hit freezing point’ in crypto winter

Not everyone is convinced that $20,000 will be bitcoin’s bottom in this cycle, with some analysts pointing to the +80 per cent price drops following previous all-time highs.

These corrections typically last for years, not months, meaning we could be in the midst of a so-called ‘crypto winter’.

We’ve heard from Dr Lil Read, senior thematic analyst at GlobalData, who gives a decidedly bearish outlook on bitcoin and the rest of the crypto market.

Bitcoin came within a couple of hundred dollars of dropping to $20,000 yesterday, which holds alot of significance for adherants to a particular view on the cryptocurrency’s cyclical nature.

It is a fact that anyone who has bought and held bitcoin for at least four years has never lost money. For some this is proof of its intrinsic worth as a store of value, however yesterday BTC came within 1 per cent of destroying this notion by dropping below the 2017 price peak.

Others have dismissed this analysis and claim the latest recovery is just a “dead cat bounce” on the way to more losses.

Tether sees another wave of redemptions

Investors have pulled out nearly $1.6 billion in 48 hours from Tether’s USDT.

The stablecoin’s circulating supply has dropped to about $70 bn, the lowest since October 2021, according to data from CoinMarketCap.

Bitcoin miners are reportedly scaling down production due to the crypto market crash and surging energy costs.

The bitcoin hash rate, which is a measure of the amount of power spent for minting new coins, has slipped by 4 per cent since the beginning of this week, according to data from Blockchain.com.

“Currently, it’s not fun to be in the mining business,” Alexander Neumueller, digital assets project lead at the Cambridge Centre for Alternative Finance, said according to the Financial Times.

Mega Whales Are On A Bitcoin Shopping Spree — Now Own The Largest Supply...

Kazakhstan Is Not Late to Embrace Crypto: National Bank Chairman